The Development of Cancer

Through various factors, mutations (i.e., changes in the genetic material) continuously occur in the body’s cells that can lead to their degeneration. Cancer can develop from an estimated 350,000 mutations a day. Usually the degenerated cells are recognized and destroyed by the immune system. Only an immunological tolerance to these maliciously mutated cells can result in the development of a tumor. In this case, an immunological interaction with the tumour has already taken place, but has not been successful. Memory T cells remain in the immune system that could fight the tumor when activated again. This concept is also used in our therapy.

Obviously the control mechanisms of the immune system can fail, so that it ceases to be an effective protective mechanism. When tumor cells have survived in the body for some time and a tumor has developed, then it influences the immune system. Through different tumour escape mechanisms, the tumor cells suppress the aggressiveness of the immune cells and make themselves invisible to them. The immune cells get used to the tumor and do not fight it, even though it harms the organism. This immunological phenomenon is called tolerance. Tolerance can be broken with a specific immunotherapy. If the immune system is to be proactive, it requires the relevant information about the cancer cells and an activation to overcome the tolerance.

The treatments mostly used today concentrate on destroying the cancer cells trough surgery, radiation, hormone or chemotherapy, or passive antibody therapy, as well as targeted therapies. The downside of these treatment methods is that they do not properly differentiate between diseased and healthy cells. Thus the treatments also always damage healthy cells leading to side effects. The patient remains passive in all conventional treatment methods.

A paradigm shift has taken place with immunological cancer therapy: The polyspecific immunological cancer therapy should enable the patient’s immune system to become active and fight the disease with its own resources. This can lead to a complete cure. However, not every cancer cells needs to be destroyed. Rather it is assumed these days that a balance between the tumor and immune system can be reached – resulting in an extended overall survival with the best possible quality of life.

Leading scientists currently recommend a personalized combination of various conventional and immunological treatments. This is the goal of the IOZK Immunotherapy. 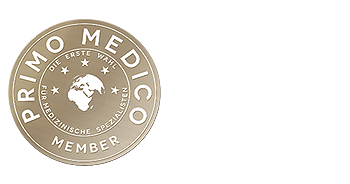